I secretly battled severe endometriosis for ten years. Year after year, it got worse and in January 2019 it peaked. I began growing ovarian cysts the size of baby’s heads that would rupture and send me to the hospital. After a laparoscopic surgery backfired and made me ten times worse, it was decided that I would undergo a total hysterectomy with bilateral salpingo-oophorectomy in November 2019. In non-scientific terms, that means the removal of the uterus, cervix, ovaries, and fallopian tubes. To prepare for surgery I did a lot of research about what the surgery entails, any side effects, recovery stories from other women, etc. Knowledge made me feel empowered and less nervous. After surgery I found out that I was the worst case the operating room nurse had seen in her thirty year career. My surgeon also told me that I never would have had children because my system was too rotted. I was 23 years old.

My recovery was okay. I had a rough time in the hospital for the first five days because my pain medication had gotten messed up. I was happy to finally be able to come home. I started spotting and having discharge exactly two weeks after surgery. It lasted around three weeks. At the six week mark I began experiencing more abdominal pain and felt large lumps along my incision line. A couple weeks later I found out that I had bad scar tissue lumps along my incision and in the surrounding area. The pressure from lumps was extremely painful, and it was another couple months before I started to truly feel better. I am now five and a half months post surgery and I am starting to feel like my old self. My energy can be low, but at least I’m pretty much pain free! If there is one thing I’ve learned it’s that everyone recovers on their own time table.

The encompassing anxiety and indescribable pain that I felt last year and years past is something that will never leave my memory. I will never forget the feeling of knowing that at any second I could rupture and my body go into shock. I’ll never forget the days and nights spent reeling with pain; rupture or no rupture. I once thought that not having biological children would make me feel like my life was over, but I was wrong. Endometriosis made me feel like my life was over. Being free of that means that my life can keep going. I’ll rejoin the work-world after having to temporarily “retire”, I’ll get married, I’ll adopt children, and I’ll have a life without constant pain. I am so thankful that I get a new chance to truly live.

If you or anyone you know suffers pain, please see your doctor. This isn’t something to put off for ten years like I did. I finally put the ME in endoMEtriosis and spoke up. I encourage you to do the same. ❤️

P.S. One recovery item that I highly recommend is a Hands-Free Portable Neck Fan. It’s a USB rechargeable mini fan that has three air flow speeds. It helped me a lot with all the hot flashes while I got accustomed to them. I found mine on Amazon. 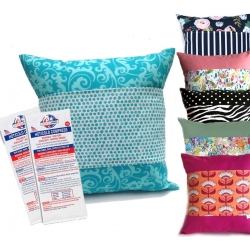 Pocket Pillow
The Tummy Pocket Pillow – for hysterectomy recovery and other abdominal surgeries (tummy tuck, c-section, hernia repair, etc) – comes with 2 hot and cold gel packs and is perfect at every stage of your recovery.Use this pillow starting your first day after surgery, to support your tender belly….READ MORE 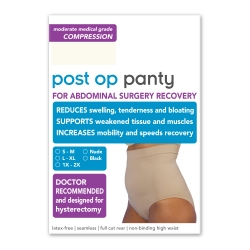